Enzo Couacaud, Mauritian tennis player, also having French nationality, ranked 177th in the world won for the first time in singles on the main circuit against Belarusian Egor Gerasimov (78th) on Sunday 30th of May 2021 for the Roland Garros Tournament. ( 7/6 6/4 6/3 ).

Wednesday, the quarter-finalist of the autumn edition of Roland-Garros rarely made a big impression. After an indifferent first set, Pablo Carreno Busta very rarely weighed heavily on the match. And the 165 places gap between the two players was only felt at times.

Under the Mauritian Sun

Couacaud is a Mauritian guy aged 27 years old. He started playing tennis at the age of 5 and moved to Paris as a junior to continue his tennis development. He chose to pursue tennis professionally over golf.

His tennis future looks interesting. Still a junior, he is just starting out on the pro circuit and has just played his first quarterfinal in a Futures tournament. With an excellent backhand and good service, it was interesting to see him evolve alongside Sébastien Louis, his coach at the time.

Even if the French press is talking about the first French feat of this edition, WE, in Mauritius, can proudly say that Enzo Couacaud floated high, the quadricolored flag. At Ennoia Sports & Fitness Club, we are proud to show and transmit this passion to our tennis members ! 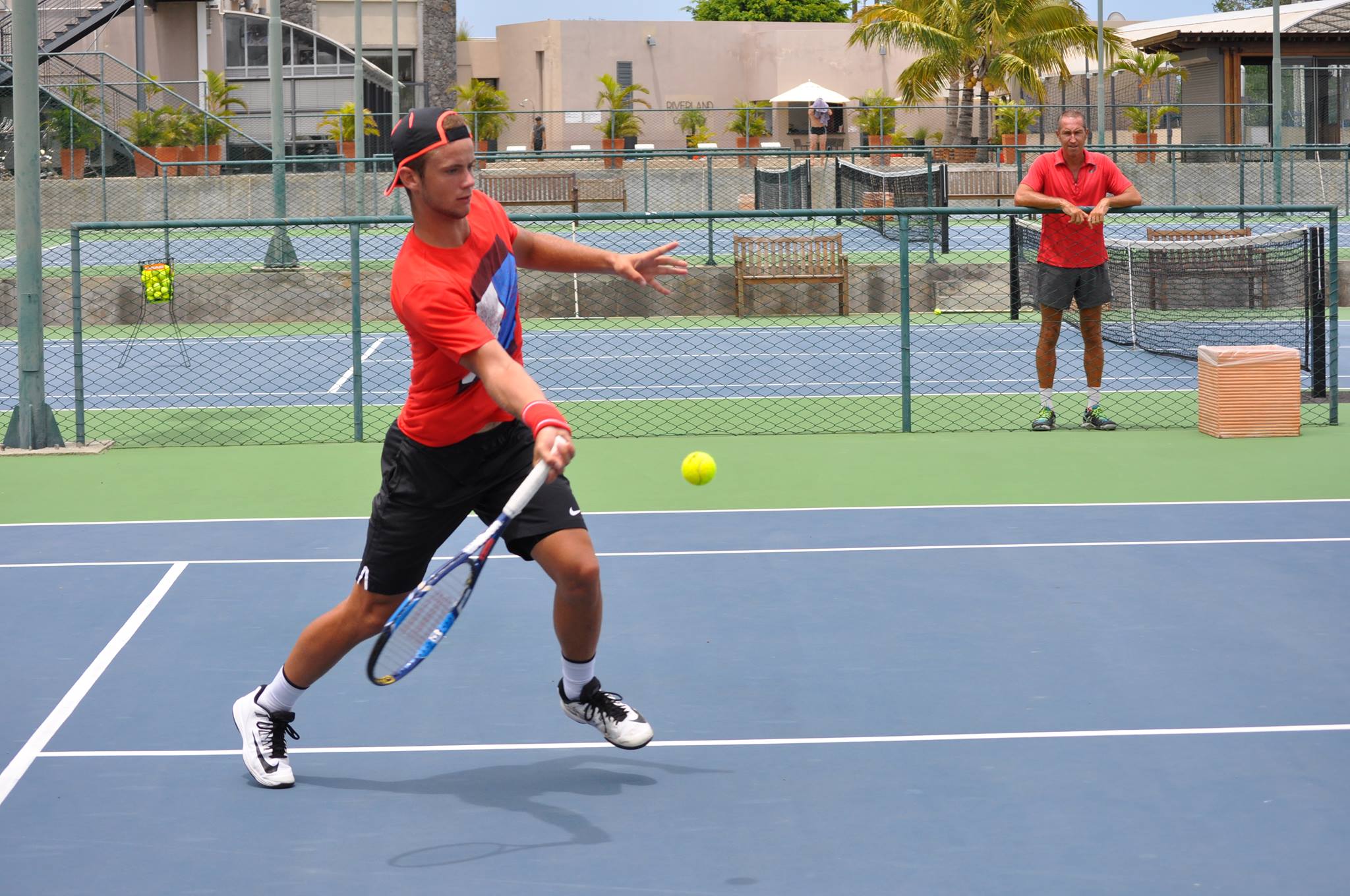 Enzo Couacaud’s performance and discipline is an example set forward to all the Mauritian kids wishing to become a Tennis Professional one day !